Combining accessibility and efficiency: class actions at the European Court of Human Rights

The research examines the possibility of incorporating class actions at the European Court of Human Rights as a means of improving access to justice while also increasing judicial efficiency in the European Human Rights System.

On the one hand, the European Court has been confronted with an increasing case-load that threatens the Court’s operation, while individual petitioners and in particular members of vulnerable groups keep experiencing practical and legal obstacles to the exercise of their right to petition to the Court. This research proposes a procedural reform in the European Human Rights System that is aimed at mediating both posited problems: the class action procedure. On the one hand, the introduction of a class action procedure could possibly reduce the case-load at the European Court of Human Rights. 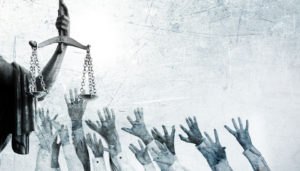 The huge amounts of incoming petitions stem mostly from recurring human rights violations that have already been adjudicated. These petitions can be grouped so as to increase the Court’s judicial efficiency. This has already been pursued with the creation of the Pilot Judgment Procedure at the European Court. On the other hand, a class action procedure would shift the power to the victims of these human rights violations to decide whether to group their cases. Most importantly, a class action procedure is meant to lower the threshold for these victims to exercise their right to individual petition. This is particularly true for persons belonging to vulnerable groups (e.g. persons residing under the discretion of the state, such as detainees and persons with a (mental) disability in an institution, children, migrants, persons belonging to a minority).

Evidence in the ECtHR

Implementation of ECtHR judgments in Belgium

The ECtHR and its dynamic approach to same-sex marriage