This Ph.D. thesis uncovers religious and cultural inequalities in the European Court of Human Rights’ case law on freedom of religion, respect for family life and language. The thesis additionally suggests ways to reduce such inequalities. The research was conducted within the framework of the European Research Council (ERC)  (ERC) funded Project “Strengthening the European Court of Human rights: More Accountability through Better Legal Reasoning” wtih acronym ECHR. Lourdes Peroni was promoted to Doctor in Law on 5 May 2014. 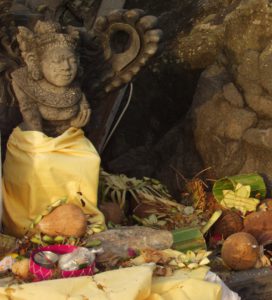 This Ph.D. thesis puts forward two central arguments. The first argument is that, in articulating the ECHR subject or human being, the European Court of Human Rights endorses various “universals” that hamper the full and equal inclusion of a range of religious and cultural “others.” Though these “universals” may manifest themselves in various forms and take place at different levels, they all respond to the same logic: the experiences of some are assumed to be the experiences of all and posited as the yardstick against which some are judged wanting.

The deployment of these “universals” has not just led to the trivialization and marginalization of many applicants’ experiences. This deployment has also led to the devaluation or delegitimation of these experiences. The second central argument of this thesis is that the Court should redress the exclusionary and inegalitarian character of such “universals.” To this end, the dissertation offers a multilayered framework aimed at opening up the ECHR subject – or at making this subject more genuinely universal – at three levels: (i) within the abstract human rights subject or human being; (ii) across religious and cultural groups; and (iii) within religious and cultural groups. In so doing, the framework intends to more fully realize religious and cultural equality in European Human Rights Convention Law.