This project addresses Ecuador’s legal pluralism and its human rights implications, as well as the clashes of jurisdiction between the national legal system and the several indigenous legal systems that coexist in the country. 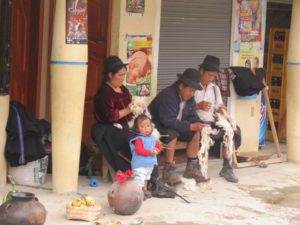 Since 1998, Ecuador recognizes in its Constitution the right of indigenous peoples to use, maintain and apply their own legal systems to solve their internal conflicts. Indigenous legal systems are completely different from Ecuador’s national legal system. They are formed by a set of rules and procedures based on the uses and customs, but not limited to them, that indigenous peoples utilize to regulate their internal affairs, as a system of coexistence and social control. This set is not limited to regulations concerning contentious issues (conflict resolution, application of penalties for violation of the rules), but includes regulations relating to land management, spiritual and civil matters and regulatory authorities, among others, in many cases difficult to separate from the set of everyday cultural practices of these groups. The research will specifically focus on the establishment of mechanisms for coordination and harmonisation between indigenous jurisdictions and national judicial systems, and for the establishment of procedures to resolve incompatibilities that may arise between customary indigenous law and international human rights law. Since Ecuador has not passed a “Coordination Act” that helps to delineate the jurisdiction of the different indigenous communities, the research will try to define the criteria that could be applied to delimitate the jurisdiction ratione materiae, loci and 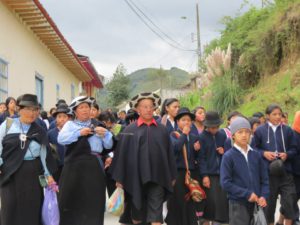 Other research in Legal pluralism and indigenous perspectives

Right to prior consultation to indigenous peoples

The structure of legal pluralism