Sexist street harassment and the law in Belgium: legal assumptions and lived realities

The research can be situated within the discipline ‘Law & Gender’, approaching the law from a gender perspective. The need for the use of such a gender perspective arose from the historically evolved and still current imbalance of power between men and women, which was and still is reflected in law. This gender perspective stems from the broader interdisciplinary ‘gender studies’, which focus on the distinction between the two sexes, gender identities, gender representations and their influenc 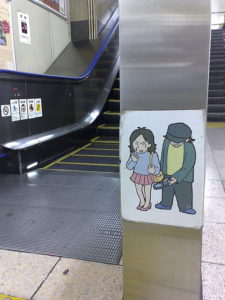 The goal of the research is to elaborate the concept of sexism in words and images legally, with the intention of mapping existing and potential forms of ‘regulation’ in the Belgian context. Regulation is understood here in the broadest sense, and includes both hard law and soft law. Also it is not just about punishment in the broad sense, but also about prevention.

Existing forms of ‘regulation’ are limited to administrative penalties, criminal law, anti-discrimination law and self-regulation. Other possible forms of regulation can be based on legal elaboration of the concept sexism in words and images, derived from good practices abroad. Of all the approaches, the specific pros and cons for curbing sexism will be mapped.