The proposed study intends to examine the norms and practice relating to the enjoyment of sexual and reproductive rights, as guaranteed under international law, by women in Mozambique, more particularly in the work sphere.

Sexual and Reproductive Rights of Women at Work in Mozambique

The Beijing Declaration and Platform for Action (1995) recognized sexual and reproductive rights as part of women’s human rights and that has to be exercised free of coercion, discrimination and violence. Other international documents protect women’s sexual and reproductive rights, such as: the 1966 International Covenant on Economic, Social and Cultural Rights (ICESCR), the 1979 Convention on the Elimination of Discrimination against Women (CEDAW), the 1981 Protocol to the African Charter on the Rights of Women in Africa, the 1993 Vienna Declaration and Programme of Action, and the 1994 UN Cairo Programme of Action of the International Conference on People and Development (ICPD). 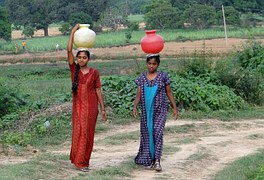 While sexual and reproductive rights (SRR) apply to both men and women, the human rights literature and practice have focused strongly on women, as challenges to the SRR of women and girls are widespread throughout the world and occur in all spheres of life: by government action, in a cultural context, family and in the workplace.

As far as the legal framework is concerned, there are references to maternity leave and pre-natal rights in some laws. Moreover, some procedures are in place to deal with cases of sexual harassment, sexual violence and discrimination on the grounds of sexual orientation that women face in the workplace. Yet the level of actual protection and enjoyment of these rights is unknown.

The research questions are as follows: