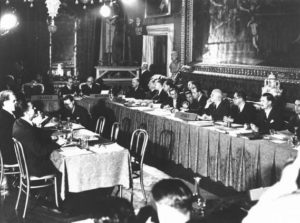 The research project concerns the question how, during the first decades of the operation of the European Court of Human Rights (1960s, 1970s, and 1980s), this Court and the European Convention on Human Rights (ECHR) gradually managed to find a place in Belgium’s domestic legal landscape and to impose their authority.

The project is on the one hand concerned with finding out which actors and factors played a role in the discovery and realization of the European Convention’s potential. In order to do so, the persons who brought the early cases against Belgium before the European Court of Human Rights will be interviewed.

On the other hand, it aims to find out how the European Convention and the case law of the Court were received and which impact they had during those first decades, with a particular focus on Belgian legal scholarship, case law and parliamentary documents.

Other research in Human rights protection in domestic law

The rise of regional administrative courts

The Active Freedom of Education in Higher Education

The intensity of review of the Belgian Constitutional Court