The right to the autonomous experience of sex, sexual orientation and gender (identity)

This PhD research focuses on the right to the autonomous experience of sex, sexual orientation and gender (identity). In this regard, the researcher studies how a constitutional right to individual autonomy could better protect the legal status of LGBTIQ persons, as well as to what extent the Belgian legal system could become gender indifferent.

Sex, sexual orientation and gender identity are part of an individual’s most intimate and fundamental characteristics. Yet, the legal system seems eager to steer those concepts, for instance through the (binary) registration of one’s sex at birth, adopting legislation regarding same-sex marriage and adoption, or conditioning the legal recognition of one’s preferred gender. A recent study has shown that constitutional provisions that explicitly address rights based on sexual orientation or gender identity remain rare, particularly in comparison to provisions against discrimination based on sex, race or ethnicity, religion and disability. Besides, these constitutional provisions are confined to prohibiting discrimination or guaranteeing equal rights and do not confer the autonomy to determine one’s sexual and/or gender identity in the first place. This PhD project explicitly aims to study this lacuna in the legal status and protection of LGBTIQ persons. 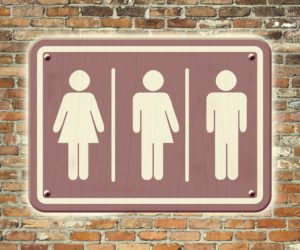 The researcher will study whether a constitutional framework based on autonomy regarding sexual orientation and gender identity would enhance the legal status of LGBTIQ persons, by allowing for protection on the basis ofprivacy and identity.Besides, it is necessary in that regard to question the very use of the term ‘identity’. Not only could the term ‘identity’ be seen as under inclusive regarding the potential discrepancy between internal feelings and gender expressions, not all claims made by transgender persons are based on the recognition of a defined identity. Although several legal systems may use a variety of legislative, policy and judicial channels to address rights regarding LGBTIQ-persons, constitutions are important tools, because of their symbolic and legal weight, resistance to reversal in case of changes in the government, and burdensome amendment procedure. Moreover, constitutional provisions have a catalysing effect for advancing protection in practice through litigation in court.

The second part of this PhD-project aims to think through the consequences of a legal system that fully recognizes personal autonomy regarding one’s sex, sexual orientation and gender (identity). In this regard, the research plan makes use of the hypothesis that there are gaps in the legal status of LGBTIQ persons, which could be met through the creation of the right to the autonomous experience of sex, sexual orientation and gender (identity).